Grzegorz Wiktorowicz and Chris Belcynski have been so kind to compile the below list of known black hole binaries.
PDF version
Table data 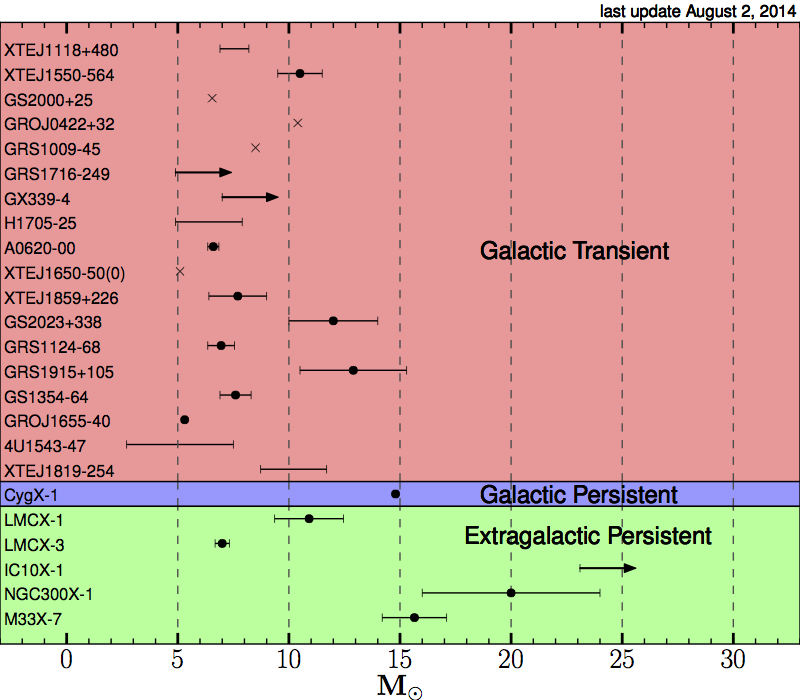 The above figure presents the astronomically "measured" black hole masses. All known stellar-mass black holes reside in X-ray binaries. The panels present 18 galactic systems with transient behavior, one galactic persistent source and 5 extragalactic sources (all persistent). Marked with a dot are masses of systems with provided errors (in a few cases they are very small). The ranges without dots mark systems for which only the range of probable mass can be inferred. Crosses mark black holes with very uncertain masses and for which no errors are available. Finally, the tail of an arrow marks the minimum mass of a given black hole. See the attached table for complete data and citations. Most of the data were gathered and provided in the paper Wiktorowicz, Belczynski & Maccarone (2013).